The riveting excerpts below are from the revealing accounts of 20 award-winning journalists in the highly acclaimed book Into the Buzzsaw. These courageous writers were prevented by corporate media ownership from reporting major news stories. Some were even fired or laid off. They have won numerous awards, including several Emmys and a Pulitzer.

Jane Akre—Fox News. After our struggle to air an honest report [on hormones in milk], Fox fired the general manager [of our station]. The new GM said that if we didn’t agree to changes that the lawyers were insisting upon, we’d be fired for insubordination in 48 hours. We pleaded with [him] to look at the facts we’d uncovered. His reply: “We paid $3 billion dollars for these stations. We’ll tell you what the news is. The news is what we say it is!” [After we refused] Fox’s GM presented us an agreement that would give us a full year of salary, and benefits worth close to $200,000, but with strings attached: no mention of how Fox covered up the story and no opportunity to ever expose the facts. [After declining] we were fired. (click for more)

Dan Rather—CBS, Multiple Emmy Awards. What’s going on is a belief that you can manipulate communicable trust between the leadership and the led. The way you do that is you don’t let the press in anywhere. Access to war is extremely limited. The fiercer the combat, the more the access is limited, [including] access to information. This is a direct contradiction of the stated policy of maximum access to information consistent with national security. There was a time in South Africa when people would put flaming tires around people’s necks if they dissented. In some ways the fear [now in the U.S.] is that you will have a flaming tire of lack of patriotism put around your neck. That fear keeps journalists from asking the tough questions. I am humbled to say, I do not except myself from this criticism. (click for more)

Monika Jensen-Stevenson—Emmy-winning producer for 60 minutes. Robert R. Garwood—14 years a prisoner of the Vietnamese—was found guilty in the longest court-martial in US history. At the end of the court-martial, there seemed no question that Garwood was a monstrous traitor. Several years later in 1985, Garwood was speaking publicly about something that had never made the news during his court-martial. He knew of other American prisoners in Vietnam long after the war was over. He was supported by Vietnam veterans whose war records were impeccable….My sources included outstanding experts like former head of the Defense Intelligence Agency General Tighe and returned POWs like Captain McDaniel, who held the Navy’s top award for bravery. With such advocates, it was hard not to consider the possibility that prisoners (some 3,500) had in fact been kept by the Vietnamese as hostages to make sure the US would pay the more than $3 billion in war reparations. [After the war] American POWs had become worthless pawns. The US had not paid the promised monies and had no intention of paying in the future. (click for more)

Kristina Borjesson—CBS, Emmy award winner.Pierre Salinger announced to the world on Nov. 8, 1996, that he’d received documents proving that a US Navy missile had accidentally downed [TWA flight 800]. That same day, FBI’s Jim Kallstrom called a press conference. A man raised his hand and asked why the Navy was involved in the recovery and investigation while a possible suspect. “Remove him!” [Kallstrom] yelled. Two men leapt over to the questioner and grabbed him by the arms. There was a momentary chill in the air after the guy had been dragged out of the room. Kallstrom and entourage acted as if nothing had happened. [Kallstrom was later hired by CBS.] (click for more)

Greg Palast—BBC. In the months leading up to the November [2000] balloting, Gov. Jeb Bush ordered elections supervisors to purge 58,000 voters on the grounds they were felons not entitled to vote. As it turns out, only a handful of these voters were felons. This extraordinary news ran on page one of the country’s leading paper. Unfortunately, it was the wrong country: Britain. In the USA, it was not covered. The office of the governor [also] illegally ordered the removal of felons from voter rolls—real felons—but with the right to vote under law. As a result, 50,000 of these voters could not vote. The fact that 90% of these were Democrats should have made it news as this alone more than accounted for Bush’s victory. (click for more)

Michael Levine—25-year veteran of DEA, writer for New York Times, Los Angeles Times, USA Today. The Chang Mai “factory” that the CIA prevented me from destroying was the source of massive amounts of heroin being smuggled into the US in the bodies and body bags of GIs killed in Vietnam. Case after case was killed by CIA and State Department intervention and there wasn’t a thing we could do about it….In 1980, CIA-recruited mercenaries and drug traffickers unseated Bolivia’s democratically elected president. Immediately after the coup, cocaine production increased massively. Bolivia [became] the source of virtually 100% of the cocaine entering the US. This was the beginning of the crack “plague.”…The CIA along with State and Justice Departments had to protect their drug-dealing assets by destroying a DEA investigation. How do I know? I was the inside source….I sat down at my desk in the American embassy and wrote evidence of my charges. I addressed it to Newsweek. Three weeks later DEA’s internal security [called] to notify me that I was under investigation….The highlight of the 60 Minutes piece is when the administrator of the DEA, Federal Judge Robert Bonner, tells Mike Wallace, “There is no other way to put it, Mike, [what the CIA did] is drug smuggling. It’s illegal.” (click for more)

Gary Webb—San Jose Mercury News, Pulitzer Prize winner. In 1996, I wrote a series of stories that began this way: For the better part of a decade, a Bay Area drug ring sold tons of cocaine to the Crips and Bloods gangs of LA and funneled millions in drug profits to a guerilla army run by the CIA. The cocaine that flooded in helped spark a crack explosion in urban America….The story was developing a momentum all of its own, despite a virtual news blackout from the major media. Ultimately, it was public pressure that forced the national newspapers into the fray. The Washington Post, the New York Times, and the Los Angeles Times published stories, but spent little time exploring the CIA’s activities. Instead, my reporting and I became the focus of their scrutiny. It was remarkable [Mercury News editor] Ceppos wrote, that the four Washington Post reporters assigned to debunk the series “could not find a single significant factual error.” A few months later, the Mercury News [due to intense CIA pressure] backed away from the story, publishing a long column by Ceppos apologizing for “shortcomings.” The New York Times hailed Ceppos for “setting a brave new standard,” and splashed his apology on their front page, the first time the series had ever been mentioned there. I quit the Mercury News not long after that….Do we have a free press today? Sure. It’s free to report all the sex scandals, all the stock market news, [and] every new health fad that comes down the pike. But when it comes to the real down and dirty stuff—such stories are not even open for discussion. (click for more)

John Kelly—Author, ABC producer. ABC hired me to help produce a story about an investment firm that was heavily involved with the CIA. Part of the ABC report charged that the CIA had plotted to assassinate an American, Ron Rewald, the president of [the investment firm]. Scott Barnes said on camera that the CIA had asked him to kill Rewald. After the show aired, CIA officials met with ABC executive David Burke, [who] was sufficiently impressed “by the vigor with which they made their case” to order an on-air “clarification.” But that was not enough. [CIA Director] Casey called ABC Chairman Goldenson. [Thus] despite all the documented evidence presented in the program, despite ABC standing by the program in a second broadcast, Peter Jennings reported that ABC could no longer substantiate the charges. That same day, the CIA filed a formal complaint with the FCC charging that ABC had “deliberately distorted” the news. In the complaint, Casey asked that ABC be stripped of its TV and radio licenses….During this time, Capital Cities Communications was maneuvering to buy ABC. [CIA Director] Casey was one of the founders of Cap Cities. Cap Cities bought ABC. Within months, the entire investigative unit was dispersed. (click for more)

Robert McChesney—500 radio & TV appearances. [There has been a] striking consolidation of the media from hundreds of firms to an industry dominated by less than ten enormous transnational conglomerates. The largest ten media firms own all US TV networks, most TV stations, all major film studios, all major music companies, nearly all cable TV channels, much of the book and magazine publishing [industry], and much, much more. Expensive investigative journalism—especially that which goes after national security or powerful corporate interests—is discouraged. Largely irrelevant human interest/tragedy stories get extensive coverage….A few weeks after the war began in Afghanistan, CNN president Isaacson authorized CNN to provide two different versions of the war: a more critical one for the global audience and a sugarcoated one for Americans….It is nearly impossible to conceive of a better world without some changes in the media status quo. We have no time to waste. (click for more) 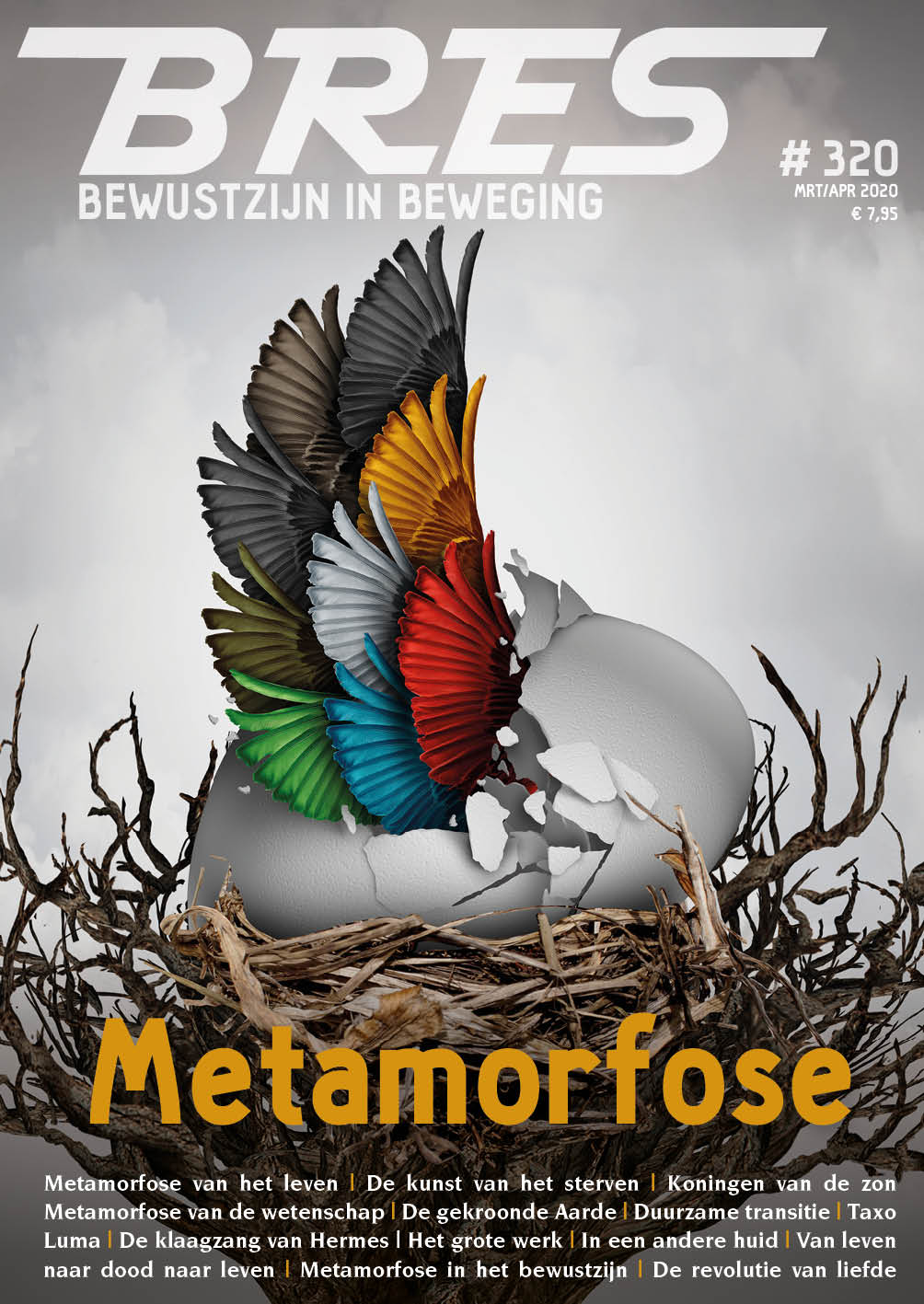 Who are you, dr. Who? https://www.bitchute.com/video/9uWriZE…

Over Corona en… Over vertrouwen…!

Over Corona en… Over vertrouwen…!