Announcer:  ‪Insurers refuse public liability for cell phones.   The warning buried deep inside your mobile. And the next’casualty catastrophe’after tobacco and asbestos.  Keith Philips, brain tumor survivor: I would hold my cell phone here and the tumor was right there. Stuart Cobb, brain tumor survivor: I always held it on my right side, right here. The industry should have put these warnings on these phones a long time ago.

RT: Professor Dariusz Leszczynski is one of the world’s leading radiation biologists, and brave. He knew phone manufacturers would try to end his career for printing groundbreaking research, proving cell phones do cause biological damage. Professor Leszczynski joins us, great to see you. How did the industry react?

Prof. Dariusz Leszczynski, Radiation and Nuclear Safety Authority, Finland: So far I think I didn’t experience any smear campaign. But in my case it was just that the industry used their influence to prevent funding of my research projects.

RT: Ellie Marks’ husband Alan suffered serious memory loss after years of using a mobile. At 2am one night he had a massive seizure. Surgeons found a tumor the size of a golf ball right where he held the phone. Ellie, thank you so much for joining us. Why are you and so many others suing the industry?

Ellie Marks, wife of brain tumor victim: There’s many many many others that are already deceased from this and are dying from this, younger than my husband. Some as young as 28 who are deceased and their neurosurgeons actually told them that it was probably their cell phone use. We had about 20 cities and states that wanted to legislate as San Francisco had and they were all threatened with lawsuits by this industry.

RT: This is a photo of Bret Bocook’s brain. The top quarter responsible for body balance has had to be removed after surgeons found this vast tumor right where he held the phone. A US national rowing champion, now he can barely move. Bret, great to speak to you, tell us about the class action lawsuit against the phone industry.

Bret Bocook, brain tumor victim: The only way you can educate the public against big business is through lawsuits. That was how they did it with smoking. It was not until the District Attorneys in the United States got involved and sued the cigarette industry that they actually had a huge settlement, had to pay hundreds of millions of dollars for public education as to the dangers of smoking. That’s what’s going to happen with cell phones. It’s just unequivocal categorical that these things cause cancer. And also, they don’t want you to know that. This is on the same trajectory as smoking. Because if you look at smoking in the ’60s they had doctors coming on TV and saying ‘Hey, smoke Marlboro, smoke this brand, because it’s good for your cough.’

Camel cigarette commercial: And see how well Camels agree with your throat!

Bret Bocook, brain tumor victim: And more dangerous for children, because their skulls are a lot thinner. At least you can’t buy cigarettes unless you’re 18. But even a five-year-old can go and buy a phone.

RT: For phone manufacturers young children are targets. There are now working cell phones even for babies.

PCMag phone review: The glowPhone is for kids maybe five to eight and the flyPhone is for tweens.

RT: Samantha Miller’s funeral was on her 18thbirthday. Phone use through childhood first gave her headaches, reports the Daily Mail, then the brain tumor that killed her.  In the West, brain tumors have overtaken leukemia, notes Senator Lyn Allison, as the number one child killer illness. But doctors warn that’s the tip of the iceberg.  Clinical studies find young men who keep phones in their pockets have much lower chances of producing offspring, while women often store them on their chest.

Tiffany Frantz, breast cancer victim: I would just tuck it into my bra.

RT: Tiffany Frantz got breast cancer aged just 21, right where since childhood she’s stored her phone. These spots mark the areas of Donna Jaynes’ cancer. Her doctors call this a ‘new breed of distribution’ that exactly matches where women keep their phone.

Dr. John West, Chairman, Breast Care Center: It’s a very unusual pattern where these multiple small cancers were confined to the upper inner aspect of the breast, I’ve never seen anything quite like this.

RT: This is a radiation detector, in normal surroundings around 30 microvolts/meter (µV/m). Microwave ovens reach 800 µV/m. Wi-Fi routers use the same radiation technology. Loading a film on a tablet PC reaches 2,000 µV/m. Some of the world’s best selling smartphones register over a thousand times above normal levels. Insurers have in fact stopped covering cell phone manufacturers for public health. Insurance firms privately call cell phones the next public ‘casualty catastrophe’ after asbestos and cigarettes. Phone manufacturers have now quietly inserted a legal disclaimer.
On iPhones you have to go to Settings, General, About, at the bottom scroll down to Legal and at the end – RF Exposure, Radiofrequency Exposure. Unlike most pages, the small print here can’t be enlarged, but it reads: ‘Carry iPhone at least 10mm away from your body’.  At the same time the industry says all its studies show phones are perfectly safe.

Dr. Devra Davis, author of Disconnect: Anytime there was independent research, what industry would do was three things: first they would go attack the scientists who have done the studies, they would try to get them fired, they’d try to get their funding taken away or they would accuse them of fraud. When that didn’t work they hired other scientists who knew nothing about the field to do studies that looked like they were replicating the other studies but they really weren’t.
And when all of those things failed, they wrote a memo in which they said if the cellular industry has done its job we think we war-gamed the science. That’s a quote – ‘war-gamed’ the science. Now science is not a matter of war, and it’s not a matter of games; we’re deadly serious about our health and that of our children.

Norman Sandler, Motorola: We have sufficiently war-gamed the issue.

RT: A sting has exposed how easy to get phoney studies in print. Posing as a serious scientist, John Bohannon sent in a paper full of schoolboy errors, offering payment for publication. Incredibly more than half the journals in these countries all around the world published it, even lying to the public that the study had been peer reviewed. Investigative journalist Anthony Gucciardi has broken numerous health scandals, great to see you. Surely big business wouldn’t fake studies to put millions of lives at risk. Do we have documented precedents?

Anthony Gucciardi, Storyleak editor: This is exactly like Eli Lilly which in the 1980s knew that Prozac was leading to suicides and aggressive behavior, the exact opposite effect ofwhat they wanted. They knew that in the 1980s after they conducted the research. They hid the research and it wasn’t exposed until 2005 from the BBC. But then they would have their corporate interests do studies and talk about how great it was. Now of course they’re required to admit that antidepressants do cause suicide, aggressive behavior, pretty much every shooter is on them. When these cell phone companies are forced to admit that cell phone radiation does cause brain tumors, that it does do all this, and they’re already saying this in their manuals, so it’s already coming up. But once the public is aware of this fact, it will be even worse than antidepressants, it will be even worse than tobacco.

RT: We invited the powerful phone industry lobby CTIA to discuss the issues raised in this report. They sent a one-line refusal.

CTIA phone industry lobby: Thank you for contacting us, but we will not be able to do this interview.

RT: The industry’s most respected journalist is Dr. Louis Slesin, editor of Microwave News since 1981. Louis, great to speak to you, there seems to be a parallel universe of what the industry says and everyone else.

Dr. Louis Slesin, Microwave News editor: The whole system is broken. People are not being told the truth, it’s crazy. You know it’s easy to say we made a mistake on tobacco after we know that tobacco’s a killer.The point is to take action.

RT: Action IS being taken outside the US.  France is moving schools back from Wi-Fi to cabled Internet.  Countries from Germany to Israel and Finland are moving to stop cell phone sales to kids. But Obama just made industry chief lobbyist Thomas Wheeler head of the regulator itself, the FCC.  A former administration official calls it another astonishing conflict of interest. So doctors who want parents at least informed of cell phone dangers to their kids say they aren’t holding their breath. Seek truth from facts. This is The Truthseeker. 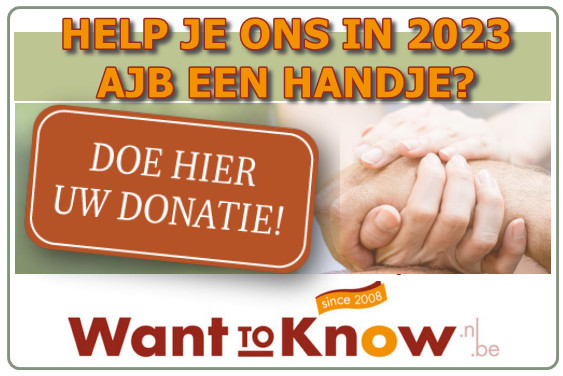 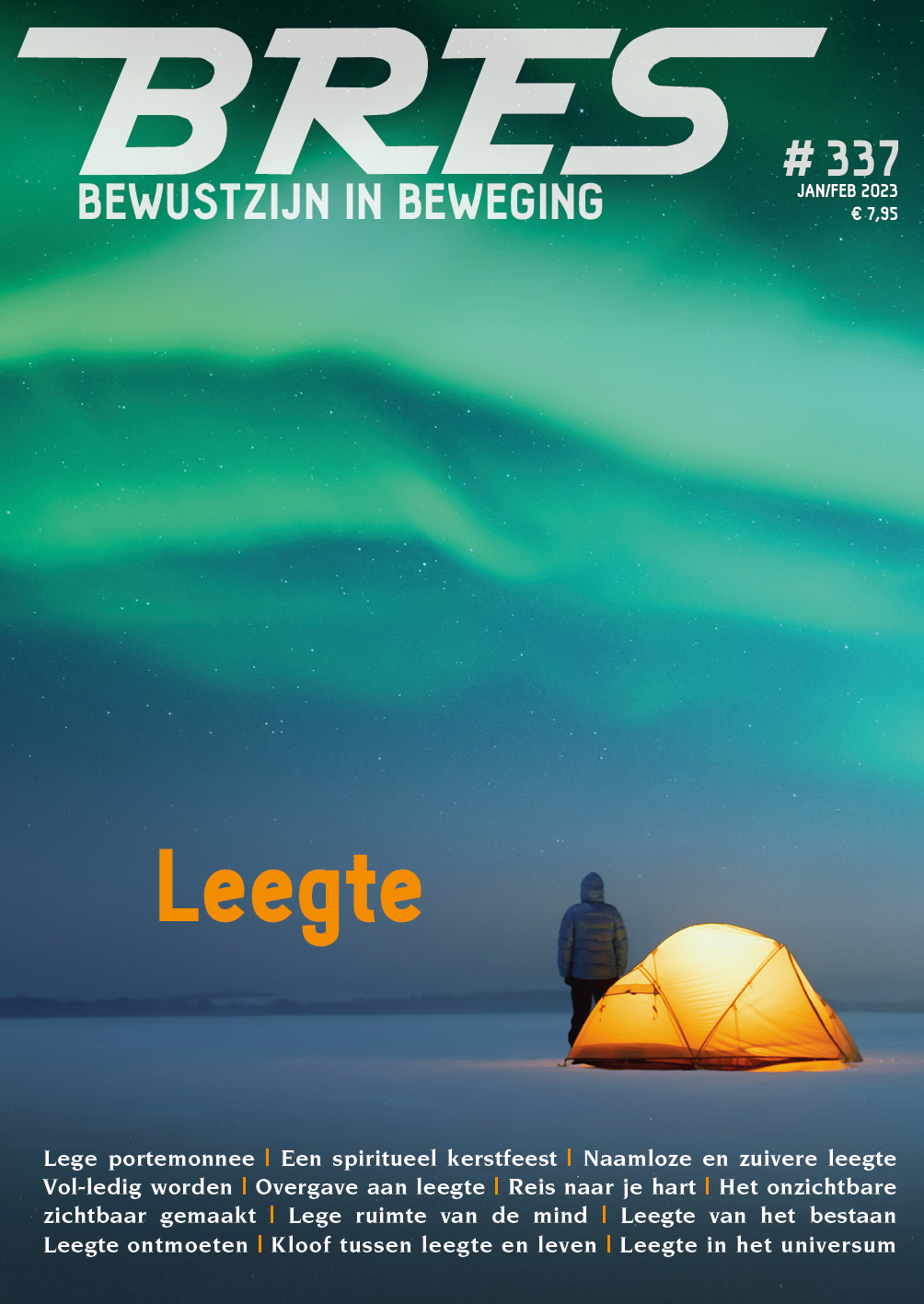